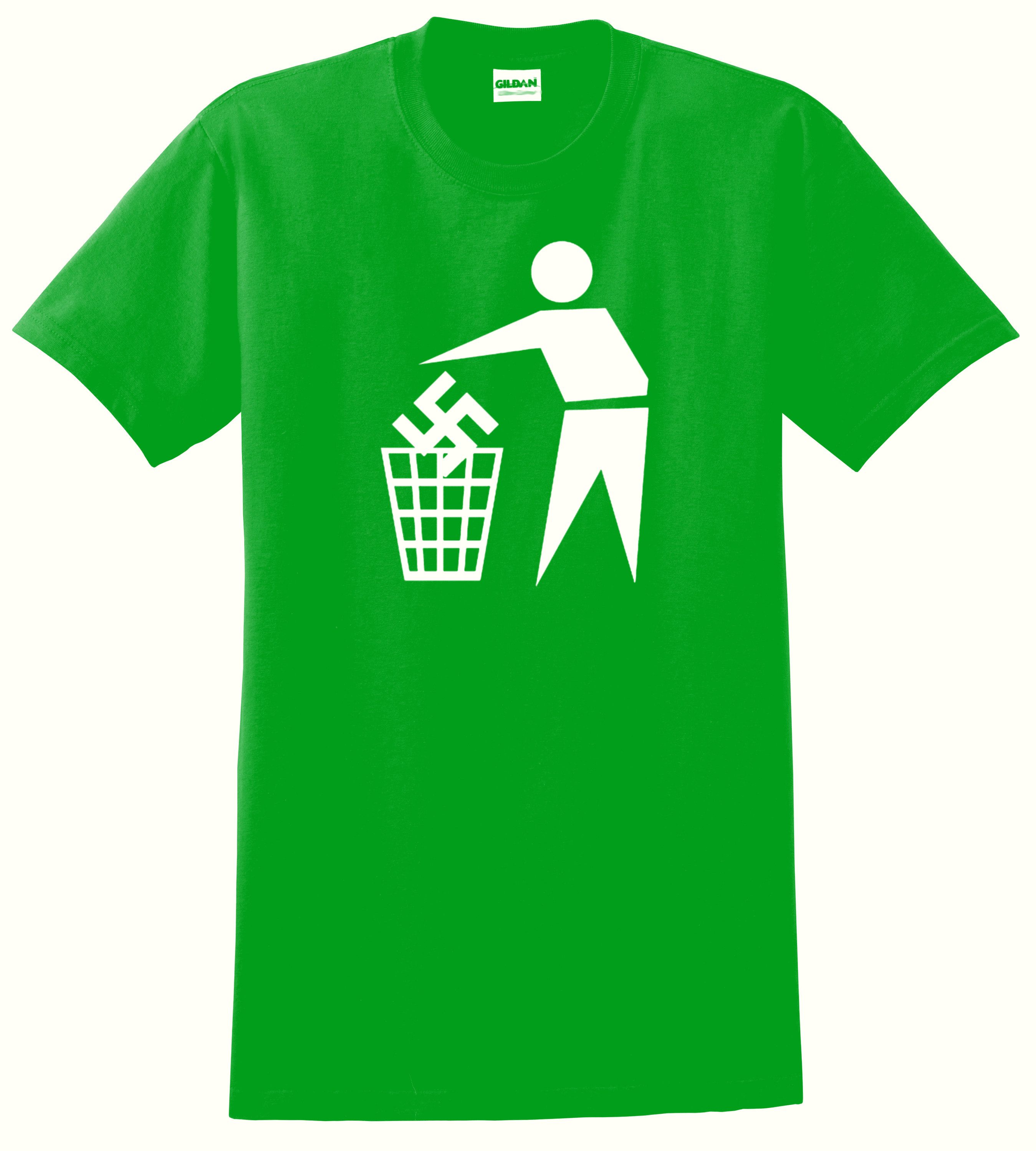 ‘The day after the Brexit vote, racist, neo-Nazi stickers appeared in Leith, probably the most multi-ethnic and tolerant comunity in Scotland.
We (Leithers Don’t Litter) responded immediately to show that Leithers wouldn’t stand for this.
I wrote an article about it in The Evening News. The next morning about 4am I was threatened by people who claimed to be neo-Nazis and said they knew where I lived.
We called the police who came and installed a direct panic button alarm in our house.

Then we organised a 400-strong anti-Nazi, anti-racist demonstration through Leith, culminating in a rally on Leith Links.
But we didn’t stop there, we also created a very visual toolkit that could be downloaded by any community that suddenly found a racial element causing trouble or making threats in their neighbourhood.
Here is a link to the toolkit:

We pinched Benetton’s line and twisted it so it could be adapted for any part of Britain.

We are proud to show our true colours. The United Colours of Leith.’

Gerry Farrell Ink is creative and coaching consultancy for brands and organisations that want to communicate a social purpose. For more information see http://www.gerryfarrellink.com/

I hope you enjoyed this insightful piece from Gerry.

As I’m sure you’re aware by now visuals are an incredibly powerful tool for creating change.

This website uses cookies to improve your experience while you navigate through the website. Out of these cookies, the cookies that are categorized as necessary are stored on your browser as they are essential for the working of basic functionalities of the website. We also use third-party cookies that help us analyze and understand how you use this website. These cookies will be stored in your browser only with your consent. You also have the option to opt-out of these cookies. But opting out of some of these cookies may have an effect on your browsing experience.
Necessary Always Enabled
Necessary cookies are absolutely essential for the website to function properly. This category only includes cookies that ensures basic functionalities and security features of the website. These cookies do not store any personal information.
Non-necessary
Any cookies that may not be particularly necessary for the website to function and is used specifically to collect user personal data via analytics, ads, other embedded contents are termed as non-necessary cookies. It is mandatory to procure user consent prior to running these cookies on your website.
SAVE & ACCEPT